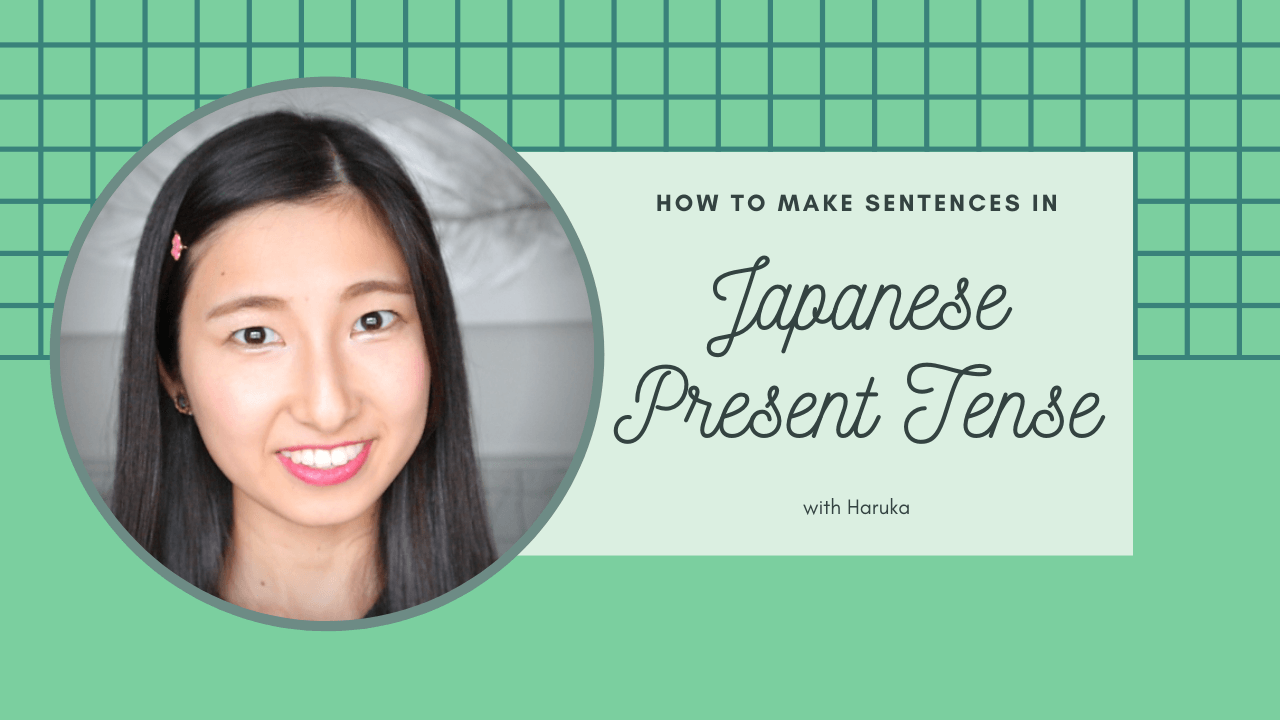 In this article, you will learn how to conjugate Japanese verbs into polite form and present tense. If you are a complete beginner, you better to know!

Before I explain how verbs conjugation works, you need to know that we have 3 types of conjugational groups in Japanese. And every Japanese dictionary form (= known as infinitive form and/or basic form as well) have ‘U’ VOWEL at the end.

Firstly, you take a verb in a dictionary form. If the verb’s dictionary form finishes with る (ru), it might be る (ru); Otherwise, it is u verb, unless it is not irregular verbs.

To find out if the verb is theる (ru) verb or not, you need to look into the syllable right before る (ru). In case, the 2nd last syllable has ‘i’ or ‘e’ vowels, they are qualified to be in a る (ru) verb group.

Therefore, the easiest way to recognize verb’s conjugation groups is understanding the rules above, and remember special verbs which are eligible to be in the る (ru) verb, but actually are not.

Here are examples of special U verbs cases;

For the pronunciations and the meanings, I indicate them on the chart of U verbs. Please see below.

If the verb is Ru verb, all you need is removing る (ru) at the end of the dictionary form, and add ます (ma su) instead.

If the verb is not Ru verb, it is U verb.

The conjugation for U verb is different from Ru verb. Firstly, you take a dictionary form. You need to change the last syllable’s VOWEL from U to I. Then you add ます(ma su).

★Those which look like Ru verbs, but they are U verbs

In Japanese, irregular verbs are only 2 as below;

する can be combined with a lot of nouns to make new verbs. However, not with every verb. In particular, it is with nouns which describe actions. Examples for basic forms  are as below;

When you talk politely, you need to change する to します as below;

When to use Casual form?

In fact, dictionary forms are used as a casual, present and future tense. However, if you are a beginner, you need to know how to talk politely. If you are more than 90 years old, you might not need to use polite language (maybe, maybe not). Otherwise, you will have the opportunity to use polite form.

In Japanese culture, we use polite form when we talk to someone older than you (even 1 year difference), and when we meet someone new. If our age differences are obvious, let’s say I look around 25 years old, and you are 50 years old, you can use casual form from the first greeting. However, the first impression of you may be different from when you use casual form and when you use polite form. Even though the cases like that, you are better to use polite form especially at the first meeting. I guess this is not only in our culture, but let me tell you! First impressions are very important!

If the age seems closer, then you better go with polite form. We consider someone who cannot use polite form at the first meeting as TOO friendly （なれなれしい）, and we may shut down a door of our hearts (this is Japanese expression) to those who do not know how to communicate with people. In private, I prefer not to keep conversation with those who なれなれしい people in Japanese from the first meeting. That is strange, but when I talk in Japanese, I care about politeness. When I talk in English, I do not feel that way, though. In French, we have Vous and Tu. When I talk in French, I have similar feeling to Japanese. That is the magic of the language, I guess. After we are getting along, and we are getting closer, we start to use casual form. When you talk in Japanese, you need to know how to keep the accurate distance.

In Japanese conversation lessons, if you mistakenly use casual form from the first lesson, that is no problem at all! I will teach you polite form. After we have a lot of lessons, I will change the language to casual form unconsciously. That means I start to open myself to you and you are comfortable to talk to! You need to keep using Japanese to improve! 🙂

Therefore, once you become closer and be friends, there is no problem to use casual form. You need to be careful especially for the first impression.

Talk with me in Japanese！

I am a Japanese conversational tutor on italki. If you would like to practice your conversation in Japanese with me, you can book a lesson from the link below!

Thank you for stopping by. I hope you will have a wonderful language learning journey with me! Have a great day ahead!